When will it be released?

Princess Aiko is so cool, she is the best, and pretty too. All day long I think about her, doodootdadoo, Aikoaikoaikoaiko. XDxdXD

My alt Lucy finally graduated from the Navy Academy, and was ready to begin an exciting EvE Online mining career.  She carefully prepared her resume and applied to a guild that offered total independence.  Maybe she could work from home?

After a rigorous 3 minute review, she was hired!

Lucy soon made a friend.

Wow, Xander is a real vet!

Lucy was eager to help, independently.

Since they were friends (and allies), Lucy offered independent assistance, to save Xander from himself.

Xander began an independent propaganda campaign, intended to isolate Lucy from the rest of the corporation.

The other miners gradually woke up, alone.

Unfortunately, the miners were not feminists.

The miners were clever, and quick too!

What a know it all!

Unfortunately, they no longer wanted to be together, in isolation.

At least she got a medal. 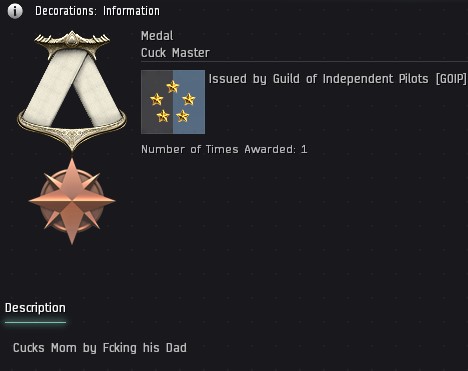 Even CCP gave Lucy an award.